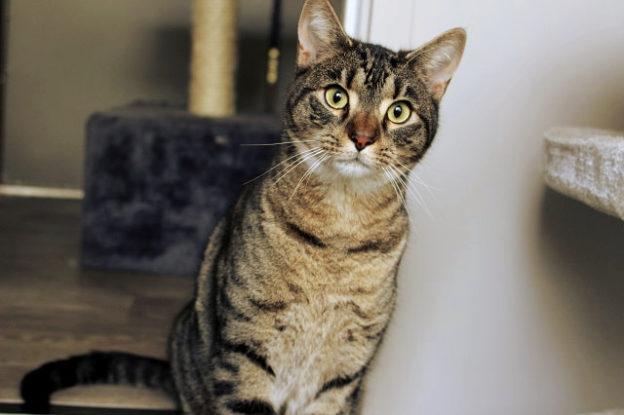 Harley is about 2 years old and originally came into CPL care because his owner had too many animals and was unable to keep them all. He was quickly adopted but has been returned because he was unhappy being home alone much of the time (and was bringing home stolen shoes, which was embarrassing!).

Shy at first, Harley has blossomed into a friendly cat who enjoys meeting visitors. He’s a big boy with sleek good looks, so we’re sure the feeling is mutual!

Harley will suit a quiet home where there is someone home much of the time. His new owner will probably get to know all their neighbours if he continues with his footwear habit 🙂