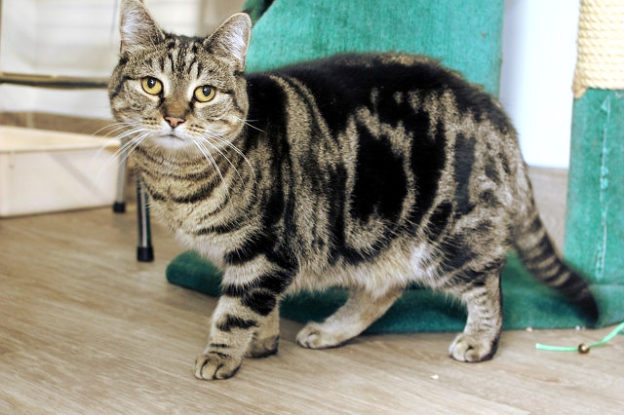 Poppy is shy but friendly.  She has always lived in the shadow of her more confident mother and sister and has flourished without them.  We think she is slightly cross-eyed, and not being able to see clearly may partly explain her nervousness.

Poppy will suit a quiet home as an only pet.