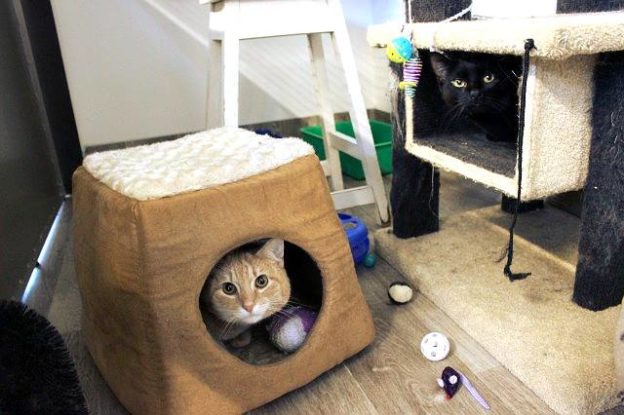 Tim and Sammy are 2 year old brothers who came into CPL care with sister Tigerlily (not yet advertised) when their owner moved and was unable to take them along.

Cameo Tim and black Sammy are shy boys, but friendly and outgoing once they are settled (Sammy seems more forward at first but once Tim joins in, he’s the boss).  They will suit a quiet home and patient new owner, and we would like them to be adopted as a pair as they are very bonded to each other.

Tim and Sammy are finding the outdoor part of their run very frightening, so they will probably need to settle into their new home for an extended period before being allowed outside.