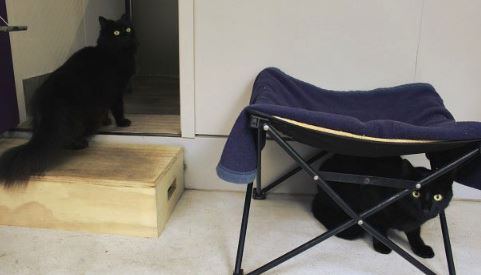 Heidi and Tiger are about 3 years old and were surrendered to CPL when their owner became too poorly to continue looking after them.

Heidi and Tiger are siblings and are both quite shy.  Fluffy female Heidi is cuddly and more outgoing than her brother.  Short haired Tiger was very timid on first arrival but is now beginning to blossom into a real lap cat.  They will both suit a quieter home and, as they are closely bonded, we would like them to be adopted as a pair.

Tiger has an old injury to one back leg – it was broken badly enough to need pinning – but this has fully healed and gives him no problems.