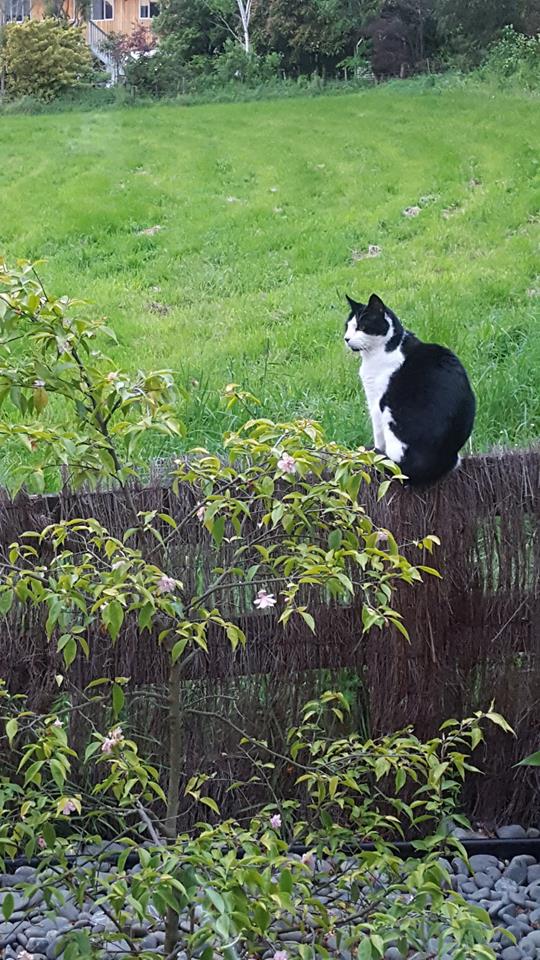 We often say that the cats that are with us for some time are waiting for their owner and Solo was one such cat.

His owner has contacted us saying it has been a year since they were fortunate enough to have him come into their lives.  From the moment he arrived he was as chilled as could be.  His tower got relegated to the outdoors where he occasionally observes passers by.  They live next to a paddock and Solo spends a good part of his day there just watching and waiting.  He is averaging 2-3 mice a week which he proudly brings to them!  Towards the end of last year he started losing weight and a trip to the vet uncovered a thyroid problem.  A week at the vet and a round of radiation treatment saw him back as good as new.  Solo was at the cattery for 14 months before they took him and they say that they are so grateful that we don’t give up on these old cats when they are not the chosen ones.  If anyone knew what a gorgeous nature Solo has they are sure they would have wished they had taken him!!  As for them, they say that they struck the jackpot.  He laps up every ounce of love there is and there is plenty.

We could not have asked for a better home for Solo and are so pleased for the ol’boy!