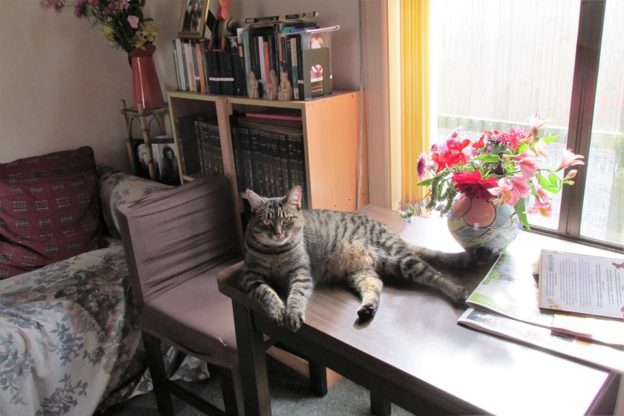 We have received an update on Tigerlily.  Followers may recall she had a short adventure in the red zone until she appeared at a Red Zone Cats feeding station.  Six months on, her adopter says she has settled completely, is happy and contented, and gets on well with her adopted brother Charlie.  Here she is, a little plumper than when she was adopted.