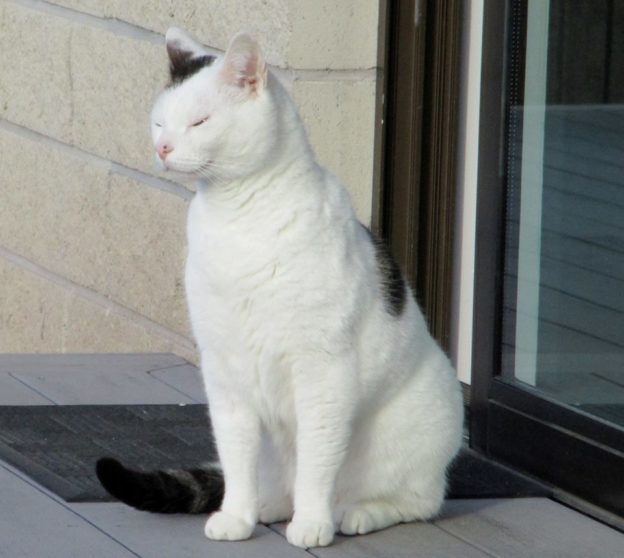 We have received an update on shy Theo, so lovely to hear how well he has settled with his new family:

Theo came to live with us at the end of July.  It has taken him a little while to settle. He seems scared of his own shadow but he is a very cuddly and affectionate cat.
Theo spends a good deal of his morning under the bed covers and comes out later in the day. He likes to sit outside on the door mat but is easily frightened and heads indoors to safer spaces.  He loves sitting on knees and getting up close for cuddles.  He also likes taking over human seats – office chair, bean bag.
He has a catnip ball which he carries around the house and you often hear him talking as he comes up the stairs with it.  He either drops it at your feet so that you can throw it in the air for him or he throws it in the air himself and chases it around all over the house.  He has also ventured out an upstairs window to sit on the roof and look out over his kingdom.
He is a lovely cat and has certainly won us over.