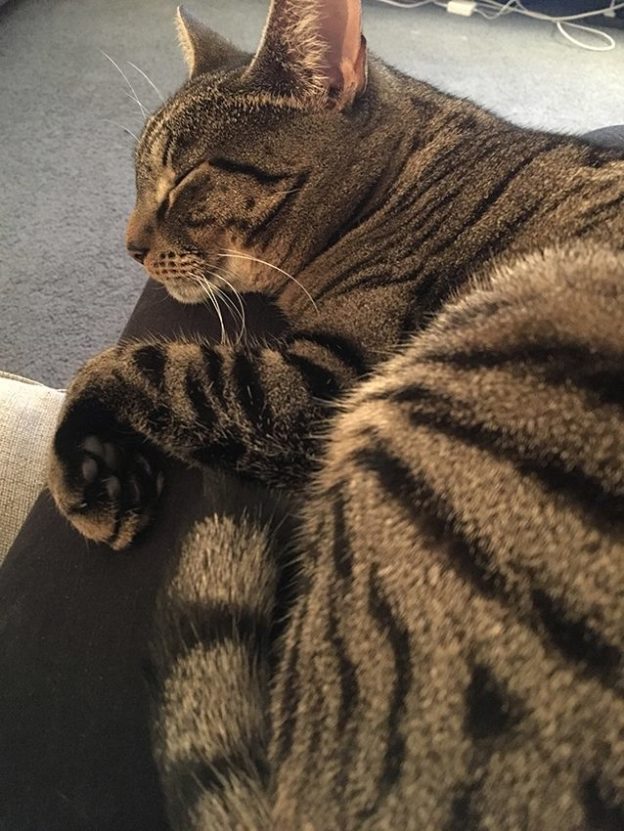 Young Trixie (now Chilli) spent Christmas at the cattery and went to her new home early in January.  Her adopter has sent in these beautiful photos and an update:

Just wanted to post you some pics of Trixie (now named Chilli) whom I adopted back in January.  She is so beautiful and has settled in wonderfully.  She loves being in the garden, sleeping in a variety of beds around the house and playing with her toys any chance she gets.
She likes company and often talks to me while following me around the house!
Thanks so much for this adorable little girl!!