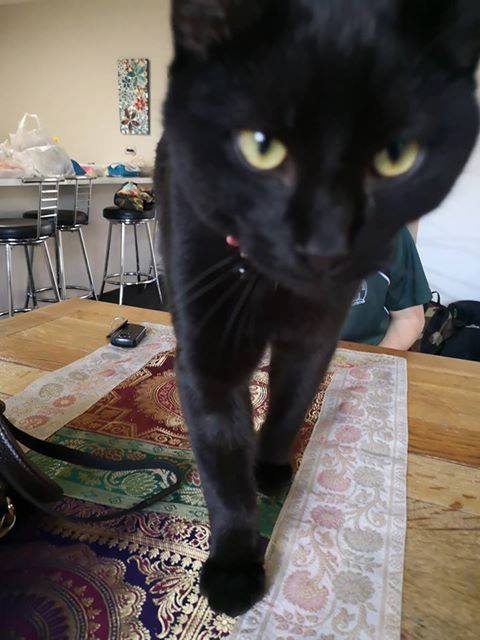 Here is an update that I am sure will give a few chuckles:

Hi just wanted to give an update on our cat who was adopted in July. He was known as TC at the cattery, we have renamed him Friday. He has settled in well and is so playful and cheeky. We all love him so much, especially his tween family. He loves his food, so much so that he sneaks into some of the neighbours and eats their cats food. He also visited one lady in the neighbourhood in her bedroom. 😀😀😀
A couple of days ago he caused sensation on the Halswell community page when one man who lives on the street put a photo up of him, and did a big post complaining about him pooping in his garden, and wanted the owners to do something before he calls 111.
So he is still very cheeky, funny and entertaining. Quite a character really. Here’s some photos of him.